What Are The Causes Of Secondary Infertility?

Infertility in women has a wide range of causes.

PCOS, the most common cause of female infertility, is characterized by irregular or absent ovulation. An egg is released during an ovulation cycle, which typically occurs once per menstrual cycle.

About 10% of women of childbearing age have PCOS. Ovarian cysts, which are fluid-filled sacs, can form as a result.

Endometriosis is characterized by the growth of tissue resembling the uterine lining outside the uterus.

Endometriosis is a mystery, but we know it can affect fertility in various ways. Inflammation caused by endometriosis can harm the quality of the eggs. There is a possibility that scar tissue will form as a result, which may alter or change the reproductive anatomy and make it more difficult for the serum to reach the egg. Implantation can be hampered by endometriosis as well.

An infection of the female reproductive system known as a pelvic inflammatory disease (PID) can be caused by Chlamydia and Gonorrhoea. According to research, one out of every eight women with a history of PID will have trouble getting pregnant.

Insufficiency of the primary ovary

This condition may be caused by chemotherapy, radiation to the pelvis, and various other diseases, such as cancer.

Hypothalamic and pituitary gland dysfunction is the most common cause of hormonal imbalances. Because they produce hormones essential to the ovaries' proper operation, problems with this organ could impact the reproductive system. A malfunction in this area may prevent ovulation in a female.

The following conditions can cause male infertility.

A wide range of factors can cause this. They consist of:

• Testicular injury, which may result in a reduction in sperm production

• Sperm quality and quantity can be affected by varicocele, a condition in which the testicle has abnormally large veins.

• Treatment with radiation, chemotherapy, or the surgical removal of one or both testicles for cancer

Imbalances in the hormones

The hypothalamus and pituitary glands produce hormones that control the function of the testicles. Damage to these structures and alterations in hormone production is possible due to various conditions that affect them. Having low or no sperm count is possible as a result.

Male infertility can be caused by a variety of factors, including the effects of aging. The following are a few examples:

• Excessive growth of the prostate.

• As well as conditions that affect older men, such as irritable male syndrome.

Anyone, including you, your partner, and your loved ones, can be affected by secondary infertility. Talk to your doctor about any of your concerns, difficulties, and goals.

Talk to our fertility experts 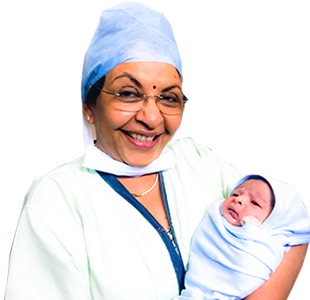 Had an IVF Failure?